Cirque de Light Performs at Outside the Box

Cirque de Light joins other fabulous members of the Boston Circus Guild to kick off a week long performance arts festival in the heart of Boston, MA.  The festival will feature other such acts as the band Guster, winners of NBC’s the Voice and some of the city’s most talented dance troupes including the Tony Williams Ballet and The Floorlords.  The Boston Globe featured our circus and fire performance in their write-up of the event:  http://www.bostonglobe.com/2015/07/15/outside-box-event-kicks-off-boston/DveOTDRrEIviIFF53BQC6J/story.html 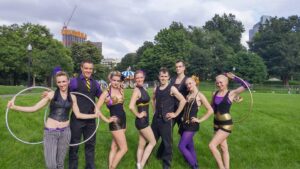